What comes next after riding 449 km? 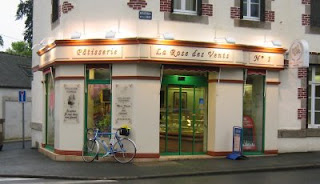 In August of 2007, I put my bike on a plane and along with several hundred other Americans, I flew to France to participate in the Paris, Brest et retour, the once every four years cyclo-touring event most commonly referred to in the US as 'PBP'. It is an understatement to say that my experience there was not what I was anticipating, but by any measure the trip and experience were simply fantastic, and it was fantastic in spite of near constant rain and in spite of falling far short of my goal.

I named this blog after the distance I was able to accomplish on PBP that year. I registered this blog shortly after returning from France on that trip, with the intention of chronicling my preparation for returning to PBP in 2011, in whatever form that 'preparation' would take. In the days, weeks and months just after PBP I thought often about the trip. Again, an understatement. For weeks, I had nightly dreams of the ride. I would frequently dream of riding up a gentle slope in some small village, taking care to not slip on the wet Pavé. The dream is not of an imaginary occurrence, but is a strong memory of a small snippet in time. I was surrounded by other cyclists, none of us speaking to anyone else, even if we would have spoken the same language. Rain was steadily falling. The narrow roadway and close buildings limited one's sight line to the river of wet cyclists ahead.

I began a write up of that ride, a write up that was evolving very nicely. I was pleased that I was finding the exact words to express my memories of that trip, but somehow, I put the write up aside, unfinished. The finished story was to become some of the initial postings to this blog, but 18 months later little progress has been made. Each year, in December and early in the following January I would always begin filling out my ride calendar for the new year, picking my favorite rides, hoping no conficts between rides or with family events would arise. This was always a fun activity, with the anticipation of adding new riding experiences to all those that came before, but somehow it wasn't any fun this past December.

Ah, but time passes. Maybe it was a worse case than usual of the winter blahs (a calendar year-long winter?), because as this winter, at least winter in Northern California, is becoming a thing of the past, my cycling interests are coming back to life. I'm getting energized once again about 'the next big ride'. I'm making plans, and doing what it takes to pull them off. And of course PBP is the biggest of those plans. PBP has again become a frequent topic on my mind, and two years off is not too early to begin preparing.

My plan is to add segments of my PBP write up, dated as it is now, as future 449 km blog entries, along with other ride write ups, photos and cycling oriented stories and comments. It's likely that not even my mom will read this blog, but maybe that's not why I'm going to do it.