The voice of the turtle is no longer heard 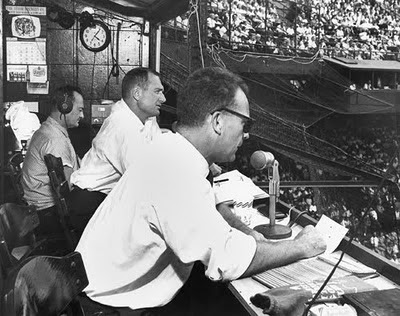 The few readers of this blog that I have, and the handful of people that may stumble on to these pages know pretty well that the discussion here is 100% about cycling. I do have other passions, passions that have lasted as long or longer than cycling has for me.

in 1963, across the street from our house on Wedgewood Drive in West Senaca, NY was a large open field. The street was teeming with kids, and we tamed that field with surreptitiously borrowed lawnmowers, rakes and shovels and for summer play we built dugouts on each side of the baseball field with wood scraps we liberated from the building sites near the woods on the far, far side of the open fields. Playing baseball was already an entrenched pursuit for me when my family moved from Western New York to Southeastern Michigan. I kept that pursuit, as well as a fledgling fanaticism for Willie Mays and the Giants, but it was impossible not to become a fan of the Detroit Tigers, the long standing home team in my new home.

In the mid-1960s the neighborhood was packed with families and there was an endless supply of kids who would play baseball every single summer day until well past sundown. On summer nights when I'd return from hours of playing baseball and the Tiger game would be on the radio and Ernie Harwell's voice would be in our kitchen. That voice was a part of summer nights for decades in my parent's house, and when I lived on my own in Ann Arbor, I'd tune in the game every night, and when my evening job would keep me away til 8:30pm, I'd tape record the game as I went for a run, and play the whole tape once I settled in.

After moving to Washington, DC in the late 1980s I went without the broadcasts until we got a car with a pretty good radio and every once in a while I could pick up the broadcast from Detroit. Jon Miller, the announcer in Baltimore (now with the Giants in SF) was a big fan of Ernie and would try to get Ernie to announce an inning while Ernie's partner, Paul Carey did the middle innings on the Tigers broadcast whenever the Tigers played in Baltimore. A move on my part to California in the early 1990s ended any frequent broadcasts I might listen to, though I still followed the team. When the internet was still somewhat new and local radio stations still had control of their radio broadcasts of baseball games, I once again could listen to Ernie on the 'radio' through our home computer. That opportunity ended too soon and the last I heard of Ernie was a recording of his guest appearance on the national broadcast of the 2006 World Series.

I was able to meet Ernie Harwell in person twice, once at a book signing in Ann Arbor, and once more at an autograph day at Tiger Stadium. Both times he easily made me feel comfortable in his presence, and he conveyed a sincere appreciation for my being a fan. He was such a warm and gracious person, and there were and are far too few like him. Now there is one fewer. MLB.com's tribute to Ernie his here. His farewell speech when he was fired by the scum that owned Tigers then is here (Ernie was brought back in 1993 when the team was sold.) 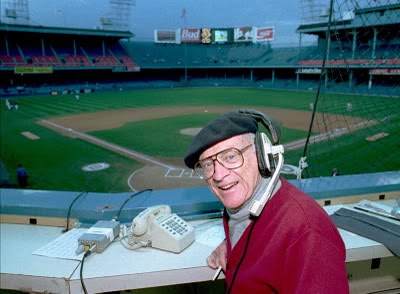