Getting back to the point of this blog 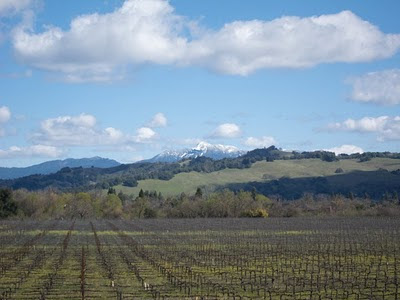 In looking back over 'recent' postings to this blog, I noted that while entries became sparse after last summer, on top of that the last entry that had to do with a specific ride was in early October, and the ride it chronicled was a month before that. I began this blog as a way to record and ruminate on my preparation for Paris, Brest, Paris 2011. So before I provide a new entry that recounts my most recent brevet, I might as well at least mention all those brevets I did do but didn't write or comment about.

The cycling year 2010 for me was a very good year. There was room left for it to have been great, but very good is still a lot of progress. High points for 2010 were the longest rides of the year: The Flèche Norcal, the Fort Bragg 600km and the Central Coast 1000km. On all those rides I had a great appetite, and energy through out the ride. Those rides only take me through the first half of the year though. I filled out the rest of the year with mostly 200km brevets and permanents, plus I traveled with Bill Monsen down to Santa Cruz in early September to do the SCR 400km. My cycling year did not end in September though. The San Francisco Randonneurs had the annual Winters 200km which I got to ride with all the other riders for the first time (in the past I've worked the brevet at various controls). Like a dope, I forgot vital cycling equipment and had to miss the November Two Rock 200km, but I filled in November and December with 200km permanents, the latter being the Del Puerto Canyon 200km perm, ridden with a bunch of friends.

Coming off that very good year of 2010, January looked to be a great status check to see just where I'd be starting as I ramped up for PBP in August. For 2011, two other brevet clubs joined SFR in listing January brevets so there were three different 200kms to choose from. I rode the Santa Rosa 200km from Healdsburg to Napa and back on the 15th. That route is one of my favorites for a lot of reasons, and it has some features that ordinarily I'd dislike (it isn't very hilly and after a while flat terrain can cause certain problems). I rode that brevet at the pace of my friend Bruce, who was returning to riding after a long layoff imposed by construction projects. The weather was fantastic, and I felt pretty darn good all day. I didn't feel so darn good the next day, and on the Monday after, a holiday and day off from work, I was spending the day in bed with a head cold. At the time I didn't know that cold would end up lasting the better part of four weeks. Yes, four weeks. Seems that cold was in fashion and lots of unlucky people had a version of it. ugh.

Due to the aforementioned head cold, I missed our inaugural 2011 Lighthouse 200km brevet, run during fantastically wonderful weather with an SFR record crowd of riders. As the three weeks until the Two Rock 200km passed I wondered if I'd be healthy in time, or even healthy again. 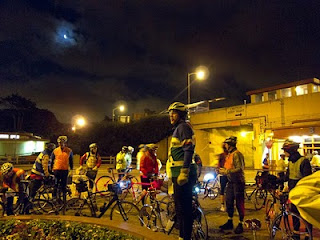 As it turned out I managed a grand total of one ride of 15 miles that whole span before riding the Two Rock. My time on that ride didn't totally suck, though it should have given what nearly four weeks of no riding should have done for my form. There were then two weeks until the SFR Healdsburg 300km and I got what riding done that I could to prepare for that. The arrival of the date for the 300km brought with it 100 year cold temps and the threat of snow at sea level. I didn't believe it would be that bad, and it didn't snow that weekend. Instead, it was bitterly cold for the Bay Area. We still had a huge crowd of over 100 riders complete the brevet. 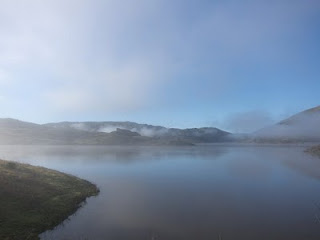 Oh, that 300km. The cold sucked the life out of me and even though I had put the first head cold in the rear view mirror and managed some training rides and a couple of mid-week lunch time rides in the hills, I did much worse and had my slowest ever 300km time of nearly 16 hours. I was the last one to Marin Brewing Co. for our traditional late dinner after the 300km and everyone had been there for over an hour by the time I arrived. By Wednesday after the Healdsburg 300km, I had a new head cold but thankfully this one lasted only five or six days. To be sure, you don't recover from nearly four weeks of a head cold in a week or two, and when you get yet another cold things just don't progress at all.

Since the SFR 300km, I've had a few signs of progress finally: a little bit less of a feeling of exhaustion when I complete the climb on a lunch time ride, and a small bit of spark in the legs when riding the flats and getting up out of the saddle. I've noticed some benefits of the resumption of a stretching routine too. Stretching just seemed too onerous when I was dealing with a three week old sore throat and headache and I guess I convinced myself that since I wasn't riding I didn't have to do the stretching. Wrong. One bonus during this recovery was getting back to a Sunday morning hill ride with Bruce M. and Rich. It had been six months since Rich could join us for an early morning Sunday ride in the hills. That was a treat to have him back with us, smiling all the time. Now, though, head colds are not what is keeping me and many of my fellow riders off the bike. Northern California is dealing with quite a lot of rain, and it's not the 30% POP kind. Today's storm had high winds and high rainfall totals and there were rain storms right before and more lined up behind it taking us through the next couple of days with wet weather. No weather window involved here.

ccollins said…
Back in ... oh ... a long time ago running cross country in college I got a really bad cold and missed two meets (out of ten) the first race back I sucked, then two were identically solid and gave me confidence. The next, and last meet of the season, I ran my best time of the season. You may not believe it (and hey this is the internet it may not be true) but sometimes illness imposes upon us a force slowdown which our bodies use and allow us to come back at higher level. Great 2010.
March 24, 2011 at 7:22 PM