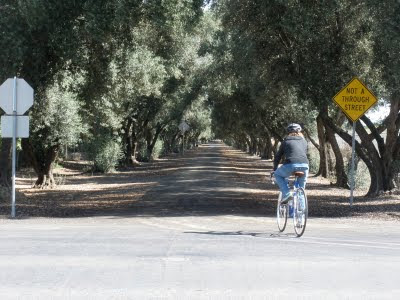 I began this blog first as a place to record my notes on my attempt on PBP 2007 and going forward as a place to note my progress toward preparation for the 2011 version of Paris, Brest et retour. One milestone on the brevet season would be completing the Super Randonneur series of 200, 300, 400 and 600km brevets. I was able to complete that in late May when I finished the SFR Fort Bragg 600km. Not being the sharpest knife in the drawer, it took me completing the June Davis Nighttime Brevet before I realized I had a string going and another marker of progress was underway: one half of the RUSA R12 award.

The chart above doesn't tally a September permanent (Willy's Jittery Jaunt), finished with 8 spare hours remaining in September. Heck, I could have nearly dashed off another 200km. I'm planning on also repeating the Berkeley to Davis permanent later this month, then I'll ride the San Francisco Randonneurs' Point Reyes Lighthouse 200km in early November, and probably the Del Puerto Loop, which adds an out and back to one of my favorite Grizzly Peak Cyclists fall rides.

The chart above is also a pretty dry rendering of 2009's cycling events. What it doesn't convey of course is the experience of climbing Highway 128 toward Mountain House road north of Cloverdale in the heat of a Saturday afternoon westbound, and 12 hours later climbing it eastbound into the fog in the early morning, or chasing the taillights of the lead pack in the dark where the Central Valley flatlands transition from the undulations of the Vaca Mountains north of Vacaville. It also can't convey the experience of climbing out of the fog settled in the chilly Nicasio Valley in early April, or the return to the 100F heat on the 2009 version of the Davis Double in May. A chart can't warm you in the same way that sitting around a roaring camp fire in Paul Dimmick park on the return leg of the Fort Bragg 600km, chatting with a handful of your fellow brevet riders can, nor can a tally of miles demonstrate the dual beauty of riding with your son in the Sierra surrounded by granite themed beauty can. We use these charts and photos as triggers for those memories though, and it is a good start.