It didn't look exactly like this from back there 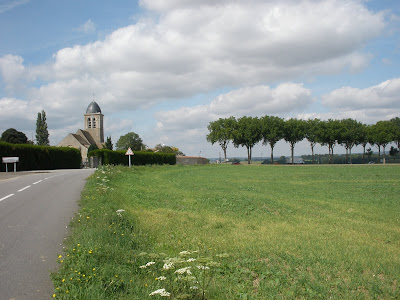 My point of reference is August, 2007. Going into Paris, Brest, Paris in 2007, I had heard many stories about the experience, but I knew nothing first hand. The experience of PBP 2007 for me was many things, but arching over all those things, what it amounted to was something incomplete. Looking back to 2007, while I learned a great many things from the experience both at the time as well as over time, I could only see PBP 2007 and any Grand Randonnée I attempted in one way: only a start.

A piece of advice I had been given in 2005 was that one way to prepare for PBP might be to complete a domestic 1000 or 1200km brevet. I acted on that advice and set out to ride the Gold Rush Randonnée that year. Result: I abandoned the ride in Oroville, CA, just barely 100 miles into the 750 mile route. I had a splitting headache and a broken rack held together by a substandard bolt and a few days later I was laid out flat with one of the worst bugs I've ever had. 2006 was a missed opportunity as I couldn't manage doing even a 600km owing to a bout of ITBS. 2007, in the end only provided the impetus for this blog, and still no finish in a grand randonnée. 2008 was an off year in all regards. In 2009, my best 600km ever was still far from perfect, but I gave the Gold Rush one more try. In three tries at the 1200km distance I had zero finishes. Like any moderately sane person, I did question whether cycling events of this nature were really what I wanted to do. I didn't have the answer to that and the related question of 'did I have it in me to complete the challenge'.

Time is said to heal all wounds, and time also provides new opportunities. 2010 proved to be a turning point for me as a randonneur. A very slow start to the year only allowed me to gain a lot of momentum, and on my club's Fort Bragg 600km, I had what would begin as a series of the best rides of my randonneuring life. The fulfilling thing about a series is that there is a next installment, and while the 600km that year was a breakthrough for me, it turned out to be a stepping stone for the next breakthrough. The Santa Cruz Randonneurs' Central Coast 1000km was that next breakthrough. 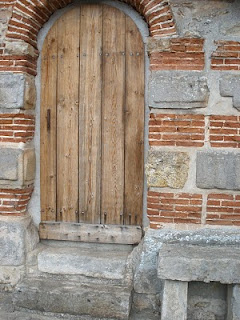 that itself built on a very successuful 600km earlier in the year gave me what I needed to be confident that I could complete the rides, and confident that this is what I was really interested in after all. Still, the plane flight to Paris in August of this year is not the only thing that got me to PBP 2011.

In early January of this year, I was still riding high on the success and conditioning of the 2010 riding season. The season opening brevet for me was the Santa Rosa Cyclists' Napa 200km and I rode it well, and rode it easy, sticking with a friend for much of the route. I can recall though the exact moment of finishing the brevet, and this funny tickle in my throat that caused a cough I could barely control through the post-ride meal on the Bear Republic Brewery patio with all the other riders. That next day was the start of bad cold, one where I gave up counting how long it lasted once I reached 24 days. I barely made it through the next 200km in February, and had no stamina on the Healdsburg 300km at the end of the month. A much smaller rebound cold in early March didn't stop me from joining about 30 other riders doing the Santa Rosa 300km in an all day rain. Though my bike took some wear and tear in the rough conditions, the ride proved to be a building block in that I finished in good spirits and more importantly in good health.

The next test in the qualification process was the 400km and I was lucky to do that ride on the Worker's Ride which resembled more a team event than a brevet. Carlos, Johh, Gabe, Bryan and I rode the whole event as a group and feeding on that camaraderie, I began to ride back into some of the form I lost in January. Yet one more head cold forced me to miss the Santa Rosa 400km, which I wanted to do in order to achieve a double Super Randonneur series for the year. I was well enough a week later to ride the SFR Fleche event, that wasn't a requirement for PBP qualification, it was a ride I didn't want to miss though. In early May the SFR Fort Bragg 600km came rolling around, which would be the final qualifier though not the final big ride I had planned for training. Alas, a broken saddle 160 miles into the ride caused me to DNF and re-mix all my planned rides. 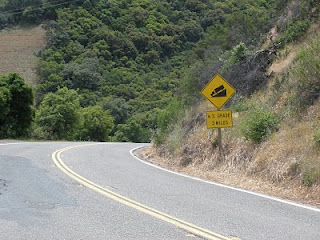 What sometimes first appears as an impediment can often transform into an opportunity. Such was the case with this abbreviated ride on the SFR 600km. Instead of the SFR 600 and the Davis 600 to cap a double SR series, I signed up for the Santa Rosa 600km. This caused me to have to miss the Davis Double Century for the first time in 12 years, but the way things played out I was beyond pleased with this ride. It wasn't my fastest time and was darn close to my slowest, but in many ways it was without a doubt the funnest 600km I've ridden. I rode with Jason, Michael and Bryan for more than half the ride, spending most of the time just cracking up at the interactions of those three. For the remainder of the return leg, I spent some time with a couple riders finishing up the last hours before dawn and then I pushed through a long solo stretch. One might assume that all the flat tires I suffered on the ride would be viewed as a plague, but the final result was that it delayed me long enough for Peg and Sarah to roll by and with that we rode to finish the route, and again it was the best thing.

June was a funny month in the Bay Area, with rare late spring rainstorms scuttling the Davis Overnight. That month I had barely 60% of my mileage in May and as it turned out the same 60% of the mileage I'd have in July. Needing to keep riding and knowing the best way to do that was in the company of other riders SFR ended up packing the July schedule with several 200 and 300km brevets. During a four week period extending into August, SFR had six brevets: A double brevet weekend, the Davis Overnight rescheduled for July, the Old Cazadero 300km and a new 200km, the Morgan Territory 200k. I managed to ride three of those and worked the rest of them. During this time I was having some really great, though much shorter rides that were shoe-horned into the open gaps of my personal schedule.

Closing out my riding before the trip to France, I rode a permanent with Bryan C. going from Berkeley to Davis, and one last run on a favorite, very local route in the East Bay Hills. As so often is the case, reality turned out to be far short of dreams but while I didn't do all the rides I had hoped to do, and I wasn't as fit as I wanted to be I did see a lot of improvement and progress past the setbacks from early in the year. On top of that, there was a great deal of improvement and progress over the last four years. Saying 'I'm as ready as I'll ever be' might focus too much on what I didn't get done in preparing. It served me much better I think to focus on what I did get done. An eagerness and a calm replaced the nervousness I felt four years before. I was really ready. Or so I thought.